How This Product Made Me Realize I Was In A Toxic Relationship With My Local Detailer. 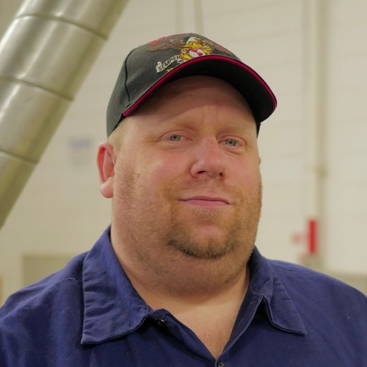 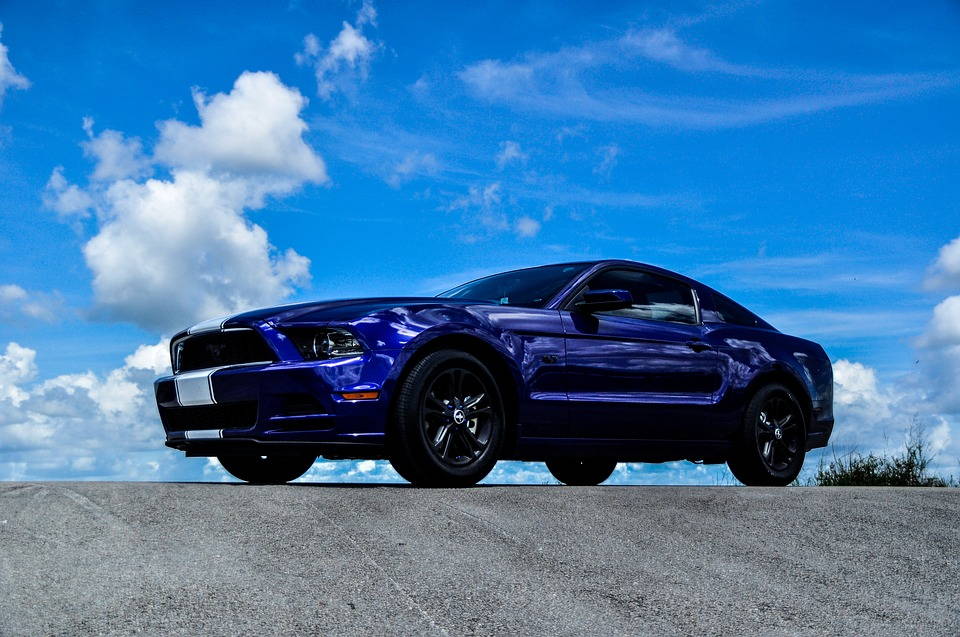 THIS IS A TRUE STORY.

The events depicted in this article took place in the US five years ago...

At the request of the scammers, mothers, friends, cats, dogs and everyone involved, the names have been changed.

Out of respect for the ones who got ripped off (like me) the rest has been told exactly as it occurred.

There’s a famous saying that I wish I understood better before (and you should do now):

“You should never mix pleasure with business”.

As humans, it’s only through uncomfortable experiences that we get to learn, evolve, and occasionally become a little less trusting in people...

Like that one time when I was scammed by a so-called “friend”, or should I call him money lover instead?

The ugly treachery, the deception, the utter disgust of a lie, the lust for gold…

(Sorry, I’m writing this down after my drama class. We rehearsed Shakespeare, ha-ha.)

“As humans, it’s only through uncomfortable experiences that we get to learn, evolve, and occasionally become a little less trusting in people…”

Needless to say, I felt like a character in a Scorsese movie when in the end, trusting your friends is as dangerous as playing with a Cobra.

Don’t get me wrong, I like money and the freedom it affords you, like most people do. It helps me materialize my dreams, but I don’t look forward to making money by playing with people’s trust.

Here’s how the story began...

Once, after shopping for some groceries at the supermarket, I was looking at a beautiful Mustang in the parking lot, it was a recent model. You could tell that the owner was really fond and took care of it often, as it looked brand new, elegantly detailed & shining bright like a diamond.

Then, some guy said: “It’s so beautiful, it makes you ashamed of the car you have, doesn’t it?”

Turned around to realize that the owner of this beautiful beast was in fact, an old friend, which for the purposes of this article, we’ll call Fred Moneyhungry Lyingfriend. Well, just Fred, actually.

Fred, if you’re reading this, remember, these are just facts. And I still hate you!

Anyway, Fred and I studied together in high school and became best friends really fast. We had the same taste for music, chased after the same women, practiced the same sports, but mostly we shared the same passion for cars, spending countless hours fantasizing on the cars we dreamt on having, competing on who could do better in a race.

Then Fred moved to another city with his girlfriend after graduating because of a job opportunity and naturally, that’s when the “good times ended”. Years later he got back to run his own business and that’s where the downfall begun. 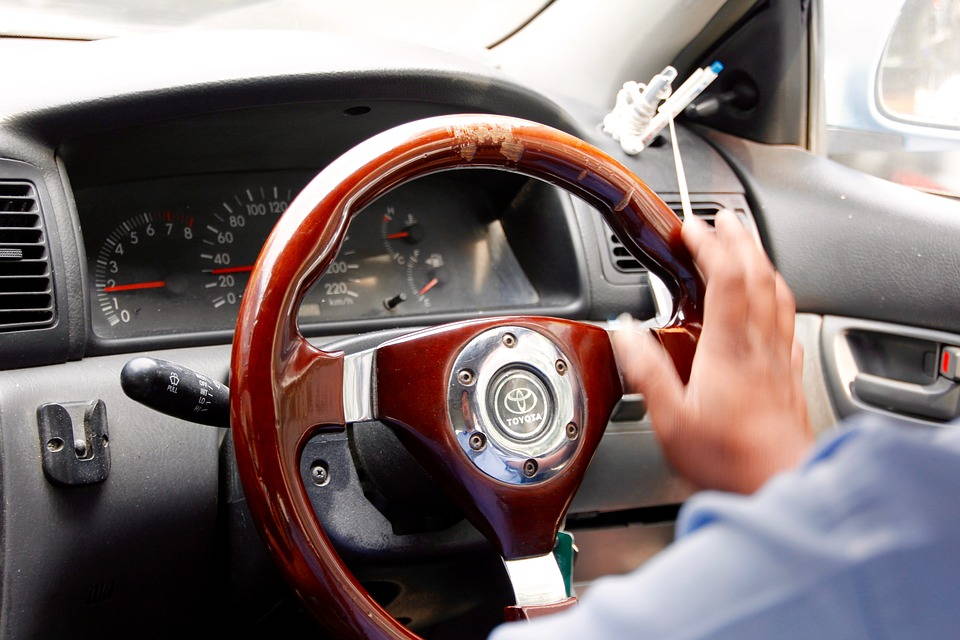 I was excited to realize that my best friend for years got back in town for a new beginning. For the first weeks, it all felt good, like the old days.

Fred opened a business of his own, a car detailing business that represented everything we dreamt of as students:

Working with all kinds of cars and making them look just dandy.

Or at least that’s what he said...

Everything was going great since my best friend had turned into my personal car detailer, but I soon found out he was neither a friend, nor a real detailer...

The first months, I was intrigued on why my car would get so dirty so fast, and why all of a sudden I had a few swirl marks on the paint that were not there before. Fred graciously explained me about the product he was using for my car and “VIP customers”. When I confronted him about these things, he came up with lame excuses that any cheap car detailer may tell (yeah, I’ve been scammed enough times to tell) like:

But as I persisted, he started getting annoyed, insisting I should trust a friend. I was delusional, thinking that a “true friend” wouldn’t change me for a handful of dollars, like this Judas eventually did. After all, I paid for the service like a regular customer and he was doing great with the business. I was gladly paying premium because I wanted him to succeed.

“Everything was going great since my best friend had turned into my personal car detailer but I soon found out he was neither a friend, nor a real detailer...” 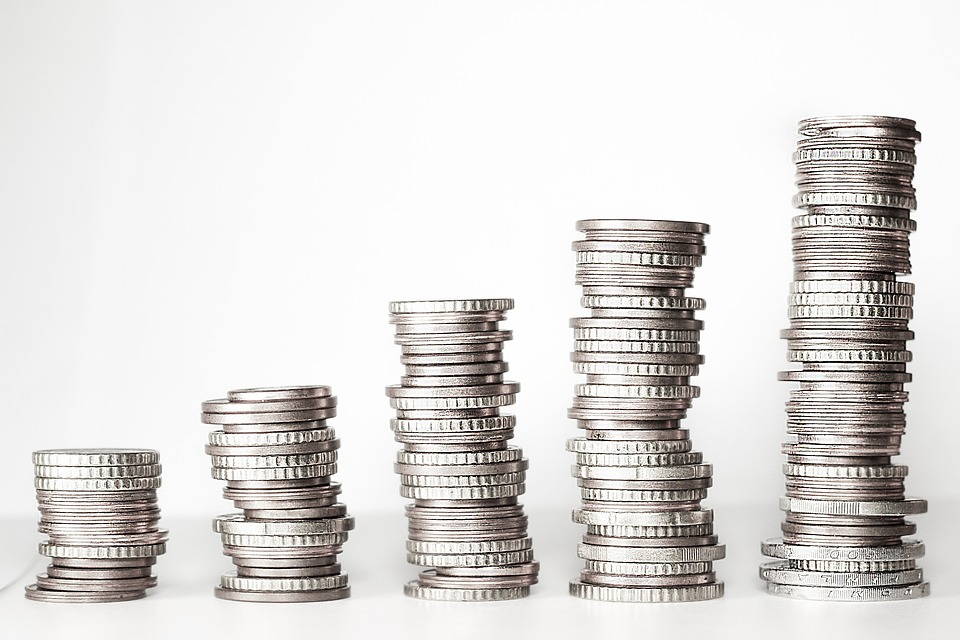 Concerned that I was paying a hefty fee for “getting scammed on a monthly basis”, I talked about it with my then-girlfriend (who also ripped me off emotionally, but that’s another story).

I wanted to hear what she thought about it as she became friends with Fred's wife. I did not expect her reaction.

To which I nodded suspiciously. How could she know about it? Was I the only one not in the loop? Something was odd.

She referred to a recent conversation with Fred’s wife where she told her about the massive success she was having with catalogue sales from a personal distributor who, as a favor, provided her cheap chinese knock offs for all sorts of products. It was working so well that it expanded incredibly fast, and eventually became part of the stock Fred acquired for his business...

So that was it!

That cheap moron was using a chinese ripoff of a detailing product that obviously did nothing but progressively damage my car, my wallet, our friendship and probably the whales, or something like that.

Everything started to make sense to me.

For about 90% of the time, Fred only wanted to hang out at his business where I ended buying something, but it didn’t bother me as I was “helping a friend”. Even in high school, he always looked up for his benefit first and then shared something with me, making it look like he was acting cool.

“... a chinese ripoff of a detailing product that obviously did nothing but progressively damage my car, my wallet, our friendship and probably the whales, or something like that.”

Sad and broken because of the news, I went to talk to Fred about it, and his reaction definitely settled things for me:

“So what, dude? Your car is looking mighty fine, we’re fine. Besides, if it took you this long to realize it, that means you are fine with the service you’re getting”, he replied with a smirk on his face.

He did nothing about it.

And he was right. I didn’t realize it because our friendship clouded my better judgement. Fred managed to impose on me as friendship meant nothing to him anymore. He was just a business owner doing the bare minimum to get the maximum return by lying.

After that experience, I naturally became really uneasy with every car detailer afterwards, and still managed to get scammed a couple more times. But I did something this time...

I decided to become an expert on DIY detailing products. Obviously there are plenty of bad options out there, but one day I found the solution to all my troubles (car detailing troubles, that is). 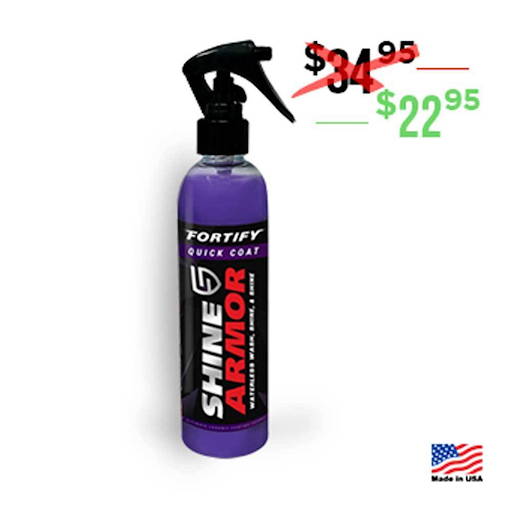 But hey, everyone’s experience is different, I get it. So don’t just take it from me. See for yourself what other people have to say about using it:

This is probaly the best cleaning product in the world, it is easy to use and gives a fantastic result,just spray it on, and wipe it off, its that simple and gives a brilliant shine, will be using this product again and would highly recommend this product to all. 100% top sevice from the shine armour team, fast delivery around the world, keep up the good work.

I have always been obsessed about my car and Shine Armor makes it even easier to keep my car cleaner than ever. It is so easy to apply and buff off and it's fast, before you know it you have completed your whole car and it looks wonderful. Fantastic product, great to work with, Highly recommend. Can't wait to get the scratch repair I ordered. Love this product!

With so many similar products on the market I was a little skeptical. This stuff is amazing. I’ve never seen anything shed water like this does and the shine is incredible.

Shlne Armour has been the easiest product to use, goes on quick for the best shine I've ever tried, I had to get some more for my daughters cars as well, I love the stuff.

“Fortify Quick has been the easiest product to use, it makes your car feel cared for, like a friend would treat you.”

To sum things up, it’s a whole different experience than most of the waterless car detailing products I’ve tried before, Fortify Quick has been the easiest product to use, it makes your car feel cared for, like a friend would treat you. You can try it out risk-free with the 30 day money back guarantee they offer.

So try it out by clicking on this link and see for yourself. Don’t waste time with fake friends and fake products. 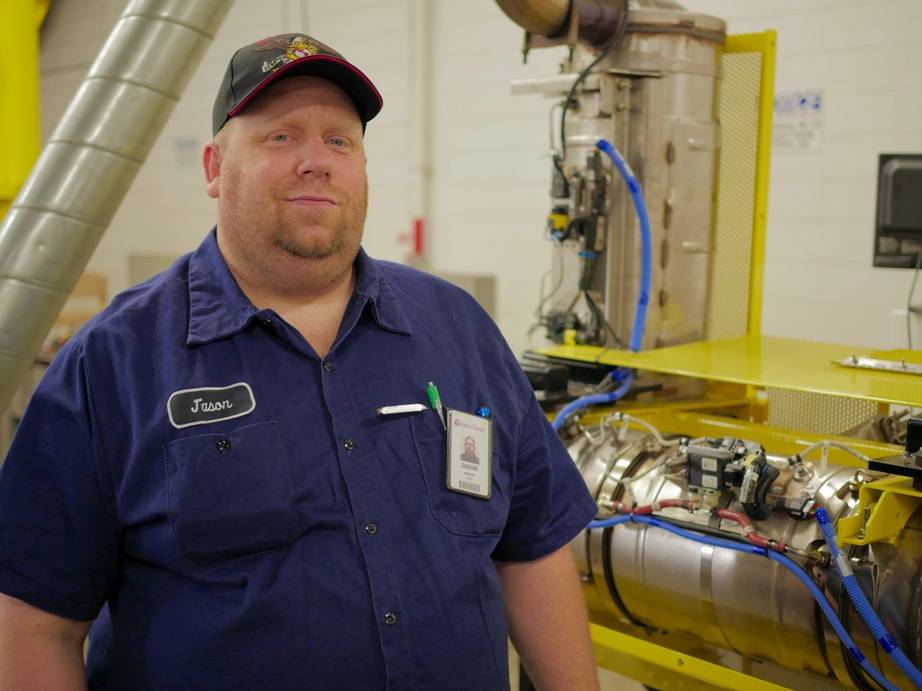 Hi, I'm Jason, writer & editor of the Auto Magazine.
I post self reviews about auto related products and about my life experiences related to the automotive industry. 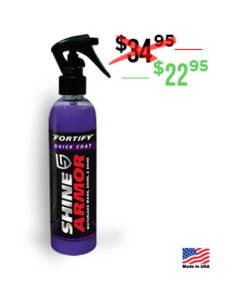 • Six Months Ago, Neither Amazon Nor My Local Detailer Had My Back. Then I Found This…

Testimonials and comments found within our website are unverified results that have been sent to us by appreciative customers, which are representative of typical or average consumers, and are not intended to guarantee that everyone will achieve the exact same results.

Our website content is provided as a service; all content is solely for informational purpose only and is intended to facilitate communication between you and your car mechanic. We do not represent in any manner whatsoever that the content of our website contains the opinions of a professional mechanic.